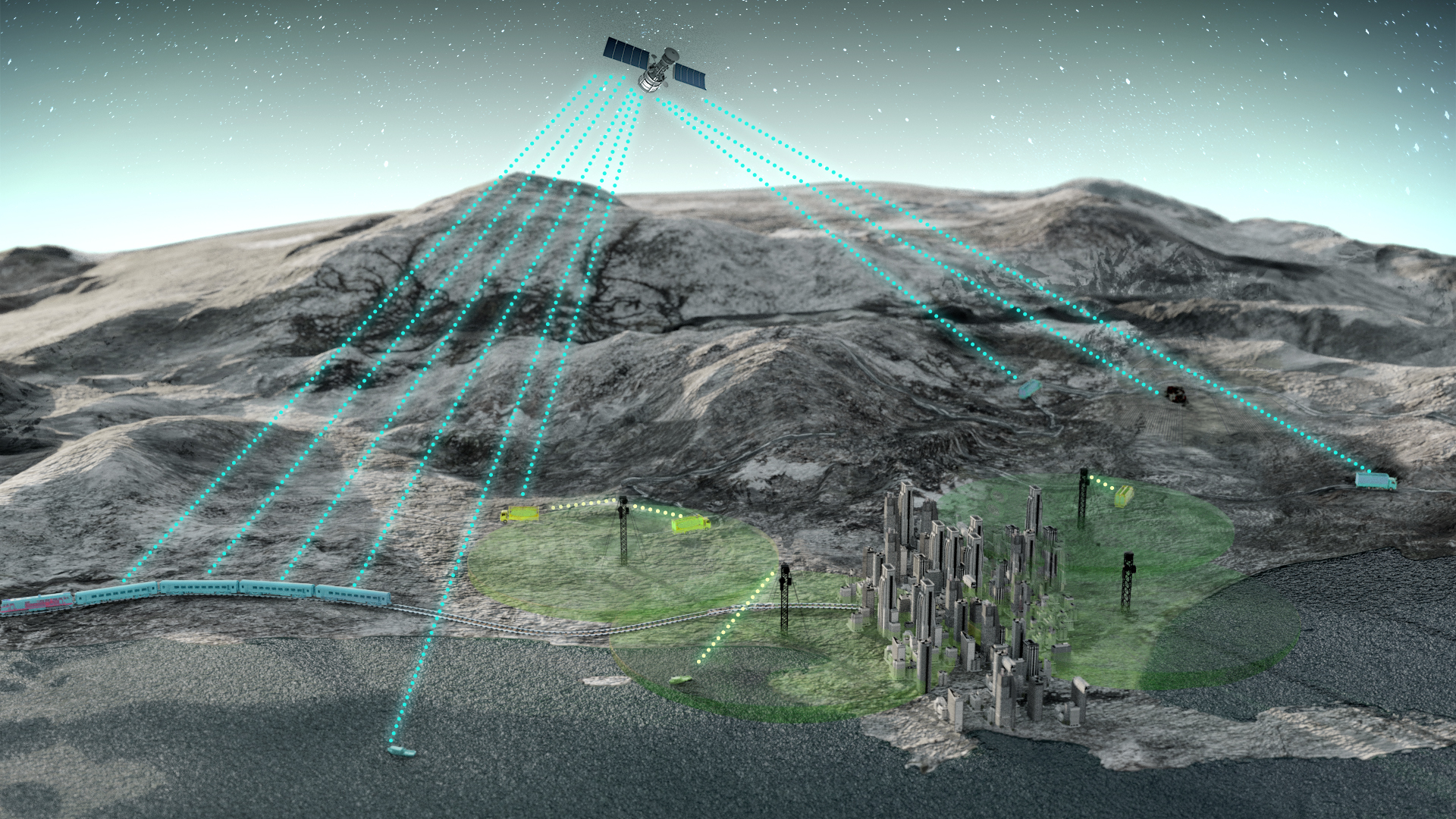 Satellites and Future of Connected IoT

The exponential growth in distributed sensors and connected machines has pushed connectivity demands to the outer edges of capability sets. Traditionally, satellite connectivity has been isolated to only the most valuable and mission critical use cases (emergency services, oil and gas extraction, for example) because satellite communications are so expensive. But technological advances in both satellite constellations and their ground transceivers are dramatically lowering satellite connectivity costs, enabling new IoT use cases that have previously been impractical or too cost-sensitive. Two noteworthy options have emerged as a result of these advances - a crop of exciting new startups launching cubesat constellations into Low Earth Orbit (LEO) and new cost effective technologies over Geostationary (GEO) satellites. As enterprises evaluate their connectivity options, they should consider the different characteristics of these options: latency, coverage, capacity, and total cost of ownership.

Latency is the amount of time it takes a message to traverse a system. The latency of a network is comprised of two components, the physical time of flight of an electromagnetic signal, and the availability of the network to transmit data. Orbital arrangements have varied effects on satellite network latency due to the satellite’s distance from the earth’s surface and how quickly the satellite orbits and becomes available.

CubeSats placed in LEO orbit the planet at roughly 8km/s. This orbital arrangement means that ground connectivity with each CubeSat is limited to the short periods when it flies over an IoT device or in-network ground station -- for example, once every 3 to 4 hours, for 5 to 15 minutes per overflight. With a very sparse constellation, this “store-and-forward” architecture cannot serve real-time data applications (machine alerts, emergency messages, Point of Sale devices). With a much larger constellation (i.e., numbering in the hundreds of satellites), a “bent pipe” architecture can ensure that data from an IoT device can be routed from the IoT device to the CubeSat and then to the ground station in near real-time, but only with a very large build-out of ground stations as well; oceanic regions and remote regions without Internet backbone connections cannot be served in this manner. Inter-CubeSat RF links can improve real-time performance in a large enough constellation, but are in their technological infancy and have multi-year regulatory hurdles to overcome. For some LEO constellations, the use of unlicensed spectrum also creates reliability issues that impact latency - collisions and contested spectrum means lost messages that must be re-transmitted and delayed.

Geostationary satellites are placed in much higher orbits (37,000 km vs. ~500 km for LEO) but their orbital position allows for a constant link between user device and satellite. The longer distance a signal must cover introduces additional delays on the order of 250ms. The benefit, however, is a continuous real-time connection without a full constellation build-out. High priority messages can be relayed through a geostationary network in under 5 seconds.

Coverage is the amount of the earth’s surface that can be served by a wireless network. As noted above, LEO satellites are closer to the Earth’s surface and rotate about the planet, meaning a smaller footprint for coverage that is constantly moving. With a full constellation build-out (e.g. Iridium) a LEO satellite network can provide full coverage 24/7 by placing satellites in complementary orbits that create overlap.

GEO satellites are stationary and much further from the Earth’s surface, meaning much greater line of sight and constant station-keeping. A single GEO satellite can provide coverage for all of North and South America from the first day of deployment. This means a network with global coverage with as few as 3 satellites.

Capacity is defined by the number of devices that can be supported in a target geography for a given application.

Cubesats’ small size come with decreased power at the satellite and smaller antennas. The laws of physics dictate how much heat -- and therefore how much power -- can be safely dissipated in the CubeSat when on orbit. For a typical 3U CubeSat, this limit is around 20W. All of the CubeSat’s RF systems must operate below this limit, thereby placing a limit on how many devices can be connected to the cubesat at a time in a given coverage area. Cubesats must also dedicate a portion of their frequency allocation to ‘feeder links’ that send data from distributed devices back down to earth stations. This reduces the amount of spectrum for devices, correspondingly reducing capacity.

GEO satellites are much larger and more powerful because of the greater area they must cover and the increased transmission distances. A typical GEO satellite operates at about 10kW. While LEO satellites are closer to the earth and require less power for a given application, GEOs’ huge size and power differential makes up for this difference. GEOs also have only a few dedicated earth stations with massive dishes and dedicated frequency for feederlinks, so power and frequency consumption are minimally affected. This larger size, greater power, and dedicated Earth link allows significantly greater capacity than a LEO satellite constellation for a given area and data rate. A single GEO satellite could support hundreds of millions, if not billions, of machines and sensors.

For an end user, the Total Cost of Ownership (TCO) for a wireless data install is driven by the cost of the device hardware and the recurring service cost of data transport (much like your phone cost and the monthly data plan).

LEO satellite transceivers must be capable of tracking and maintaining a link with a satellite moving at 8km/s. The complexity associated with handling doppler, tracking the satellite, and managing handoffs once the satellite passes beyond overhead adds cost to the communications device. GEO satellites are significantly easier to track, but the increased power required to communicate over the long distances to their orbit have traditionally made these devices impractical for many IoT applications. New technologies that allow intelligent, electronically steered antennas and improved power at the satellite are overcoming these limitations.

Subscription prices for wireless data services are driven by the cost of the underlying infrastructure that supports them. While LEO cubesats are comparatively inexpensive to launch, a fully built-out constellation requires 200+ satellites, most of which have a shelf life of less than 5 years. Additional cost is added by the network of ground stations across the Earth required to receive data re-transmitted from the satellites. GEO satellites are significantly more expensive to build and launch than their LEO counterparts, but fewer are required for a global network. They also have much more streamlined operational support with fewer earth stations.

The net effect of these contributions is that a LEO network’s long term TCO will be significantly higher than a GEO network.

One final consideration for the enterprise weighing new satellite telecommunications technologies is long term telecommunications standards compatibility. Enterprises will want to choose technologies that are 3GPP compliant to reap cost savings and compatibility benefits. LEO satellites’ velocity relative to the Earth introduce huge amounts of doppler shift, which will require significant modifications to cellular standards. These modifications increase cost and cause delays in regulatory approval. While some modifications are required to allow 3GPP compliant hardware to function over the long distances for GEO, the lack of doppler effect makes a GEO constellation much more similar to a cellular network, meaning smaller modifications, reduced cost, and more straightforward standards compliance.

The Future of IoT Connectivity

The massive projected growth in connected devices means that many different communications channels will be needed. For use cases with high correlation to human populations (smart cities, retail) cellular connectivity will likely meet these needs. LEO CubeSat constellations are a perfect match for applications with high latency tolerance in remote areas, for example non-emergency scientific data collection at sea or at the poles, or some agronomic data collection. For carrier-grade narrowband applications that require ubiquitous, reliable, and cost-effective connectivity, enterprises should look to GEO satellite options.

Skylo Technologies is developing the most affordable and accessible wireless network to mobilize the world’s machine data. A spin-out from the Stanford Space Systems Laboratory, Skylo is commercializing very low cost mobile satellite hubs and a highly efficient geostationary satellite network protocol that is 1 to 2 orders of magnitude less expensive than traditional satellite communications. Backed by Innovation Endeavors, DCM, and Boeing, Skylo’s global team includes professionals with deep experience in wireless networks and hardware, IoT data services and applications, and 75 satellite launch missions. Skylo's network is operational in India and California for proof of concept demonstrations in preparation for a global launch in 2020.