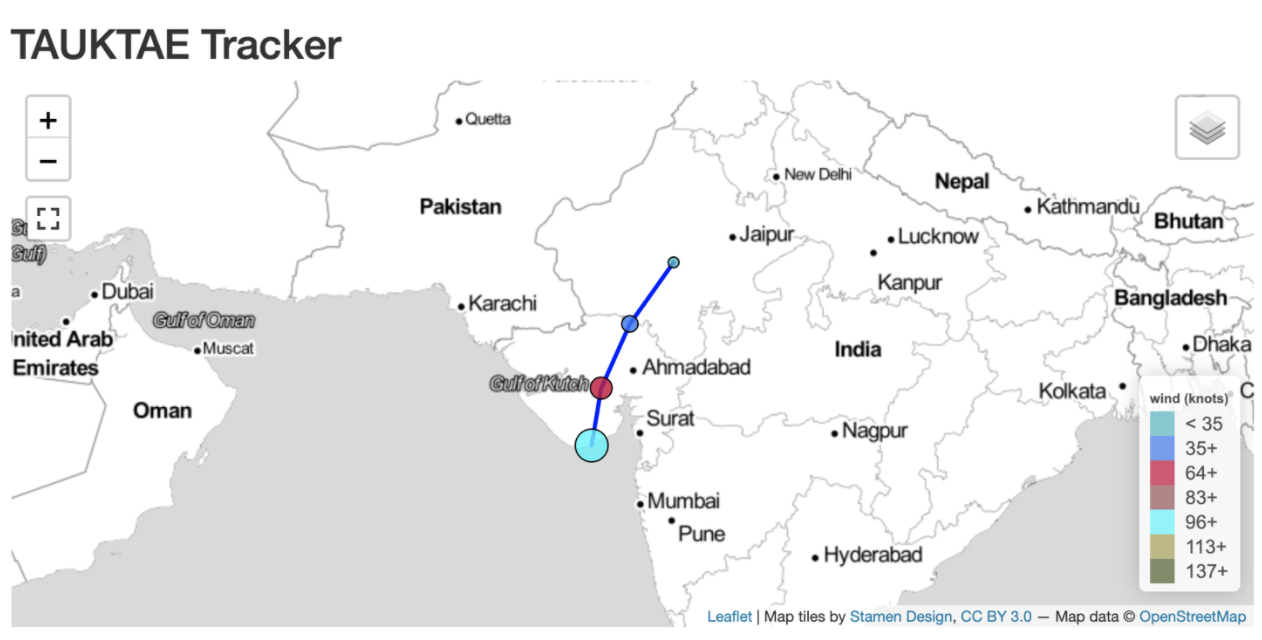 How to Build IoT Connectivity that Withstands Climate Change

Just a few weeks ago, Cyclone Tauktae devastated Western India. The fast-moving storm worked its way up the Konkan Coast, gathering strength beyond 114 km/hour, Mumbai’s highest-ever wind gust. Narrowly missing Mumbai, the cyclone still felled 800 trees around the city. Meanwhile, parts of Goa struggled without electricity when more than 700 electric poles collapsed and approximately 300 transformers were damaged by the storm. A few years ago, cyclones of this level of severity were unheard of on the western coast of India, where Mumbai had not faced a direct cyclone hit since 1891. But now, with the Arabian Sea warming, cyclones are not only hitting the western coast of India, they are doing so with frightening intensity.

As people and businesses become more dependent on constant connectivity, global warming threatens their ability to do so. Extreme weather is increasingly disrupting traditional mobile networks around the world. Beyond cyclones in India, a few examples include:

About five billion people own a mobile phone. That number represents an enormous amount of the world’s population, but looks very small next to the estimated 35.82 billion Internet of Things (IoT) devices that will be installed globally by 2021, rising to 75.44 billion by 2025.

Just like human requirements for 24/7 connectivity, it’s increasingly critical for IoT devices to be transmitting data continuously, uninterrupted by network outages. This is just one of the reasons why many IoT applications are moving to narrowband satellite connectivity, which combines the low cost of traditional mobile networks with the always-on, ubiquitous coverage that only satellite communications can provide.

Rewriting the economics of satellite communications

Satellite technology is mind-bogglingly expensive, with price tags in the $290 million range for a satellite that can track and monitor hurricanes, and $390 million for a satellite that carries a missile-tracking device. Just launching a single satellite into orbit can cost anywhere from $50 million to about $400 million. Operating a satellite at a 36MHz bandwidth will cost an additional $1.5 million a year. With budgets like these, satellites have been the domain of governments and a handful of private sector companies; collecting IoT device data via satellite has been out of the question due to cost.

Skylo is taking a unique approach. By utilizing narrowband satellite communications, Skylo has rewritten the economics of satellite connectivity for IoT, specifically built for machines and sensors. Skylo enables affordable, uninterrupted access to IoT data, at a global scale.

With Skylo, for example, IoT sensors deployed across any region, can be connected on the Skylo network and transmit data every few seconds, minutes, or days -- depending on the specific application and need. Information can be collected from the middle of the ocean or at mountain tops, during cyclones, freezing temperatures and forest fires, as ruggedized sensors relay data updates at a constant interval, around the clock.

Mobile communications are only as reliable as their networks, and their network coverage. The assumption that mobile networks are “always on” and available is being challenged by the increasing interruptions caused by extreme weather. In addition, as any IoT asset on the water—from the mechanical components of the two-stroke engine powering a cargo ship, to a container onboard—moves out of port and thus out of the mobile coverage area, vital connectivity with the asset is lost unless satellite communications are used.

Operational intelligence and efficiency demand continuous connectivity with the tens of billions of IoT sensors already deployed around the globe. Skylo offers a solution that eliminates potential points of network failure due to climate change and other natural disasters, at a highly cost-effective price point, combining the best of both worlds that narrowband satellite and mobile communications have to offer.